On August 21, 2021, Taliban forces seized Afghanistan’s capital Kabul, marking the end of America’s 20 year long war in Afghanistan. Although this US withdrawal and subsequent Taliban take over seemed surprising, many analysts knew the departure from Afghanistan would likely end in disaster. However, no one could predict the scale and speed at which this catastrophe unfolded, but, by analyzing the timeline of the Afghanistan invasion, one can see that some type of meltdown was inevitable. Ever since the American war in Afghanistan began in the aftermath of the 9/11 attacks, the US government has struggled with answering exactly why the military was there. Originally, the US government had a clear goal of killing Osama bin Laden and other terrorists responsible for these attacks. However, this narrative of revenge quickly turned into a nation building program that prioritized rebuilding the Afghanistan government the US had just destroyed.

Following the death of Osama bin Laden, this goal of nation building within Afghanistan was clearer than ever. Billions of dollars in aid flooded into Afghanistan with an infrastructure that could not handle that level of funding, causing a sizable amount of that funding to be lost to Afghan corruption. Rather than a focus on making sure terrorist groups in Afghanistan would not be formed again, the US began to withdraw troops and simultaneously ramp up air and drone strikes.

Because of this withdrawal of troops on the ground, the US made up for this lack of troops on the ground through increased drone strikes. Even in recent years, the United States military has released their rules of engagement for airstrikes in Afghanistan. From the Obama administration and continued into the Trump administration, the number of civilians killed by U.S. airstrikes in Afghanistan has increased by 330 percent. Trained and heavily influenced by the US military, the Afghan Air Force has killed more civilians than at any point in this war’s long history. More than 71,000 Afghan and Pakistani civilians are estimated to have died from this 20 year long war with 40% of all civilian casualties from airstrikes in Afghanistan in the last five years being children. 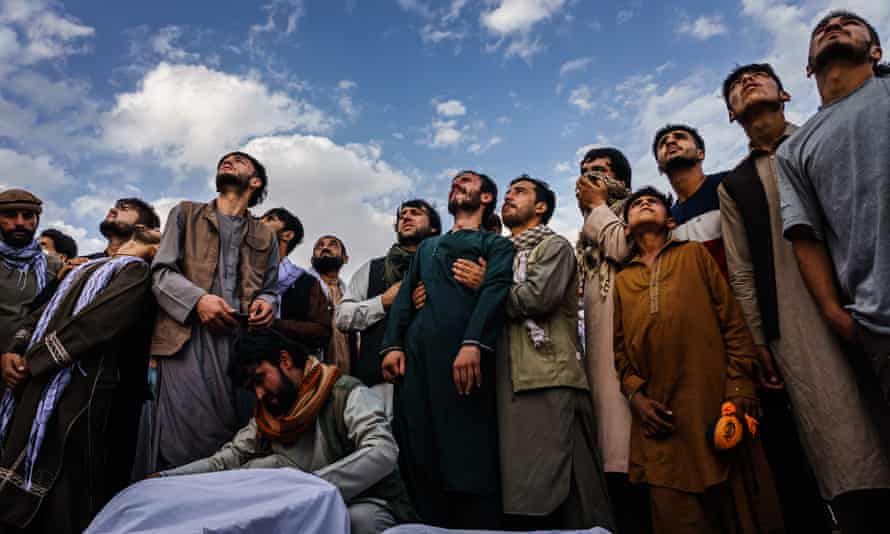 Largely associating these airstrikes and innocent deaths with the US and Afghan military, thousands of people in the rural countryside turned back to radical groups like the Taliban to rid this western influence. With terrorist groups in Afghanistan rapidly growing, the US withdrawal was viewed as the perfect opportunity for these groups to take power. Although many experts predict this Taliban government will likely collapse, the Taliban will only be replaced by an equally as violent jihadist terroirst group through intense civil war and thousands of deaths.The scenes from the US withdrawal showcase how little intelligence and awareness the US intelligence agencies had about the growing Taliban presence and is a microcosm of this war as a whole.